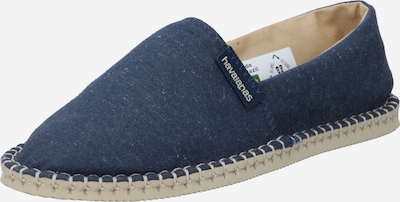 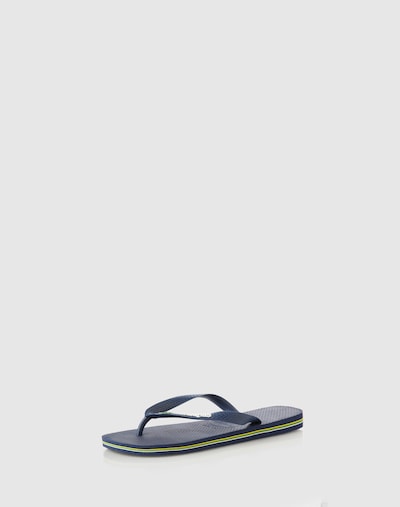 Best known for their flip-flops, the HAVAIANAS brand has become a symbol of summer and are worn across the world. Their colourful designs mean that the flip-flops can go with any outfit and are so bright and cheerful that they will put you in a summer mood immediately. The brand has now branched out into clothing and other footwear designs, including sandals which all have the cool flavour of Brazil that is unique to the brand. HAVAIANAS has also shown concern about sustainability and the environment. They have donated 7% from the sales of the IPE collection to the IPE (Environmental Research Institute) that develops projects to help preserve the Brazilian rain forest and other threatened areas. The first clothing range was launched in 2015 offering casual summer clothes in a vibrant range of colours. They continue to offer new ranges and collections each year confirming their position as the world's top summer brand.

The brand actually owns the patent for flip-flops, so they can truthfully claim to have invented the most popular item of summer footwear in the world. Founded in Brazil in 1962, the name HAVAIANAS actually means Hawaiians in Portuguese. The first flip-flops were based on a Japanese sandal design and the rubber base of the flip-flops actually has a texture like tiny grains of rice. Their popularity grew all throughout Brazil. In the 1990s, the brand became a worldwide phenomenon due partly to the publicity they gained from the 1998 World Cup in Brazil and the special football-inspired collection that they launched to commemorate it. Clever marketing has also helped promote growth: In 2003, they began gifting flip-flops to celebrities attending the Oscars which raised their profile. Now they are the first choice for summer and holiday footwear for many people, their name has become synonymous with the flip-flop type of footwear, and they are sold in more than 60 countries around the world.